When we moved into our home two years back, the quiet leafy streets and beautiful lake nearby convinced us to buy bicycles. We went to this awesome place called Pal and Panther in North Perth which custom made our bikes from refurbished vintage bikes. Mine was duck egg blue and cream and of course had to have a basket, and Jinn’s was a fixie with a red frame and white tires – tres hipster. We had big plans to ride them far far away, mayhap into a sunset or two somewhere, and hopefully even get fit somewhere along the way.

A few months later, I was getting into the car to go to work when I realised our garage door was swung wide open. Thinking that was quite odd, I then noticed something even more odd – the bikes were gone, their locks cut straight through. I called the police in a mild state of panic thinking they would rush out CSI:Miami style to take fingerprints and look for tiny specks of incriminating dust that would lead us to the perpetrators, but was told mildly to “leave a description of the bicycles and we’ll get back to you.” Not exactly the jump-in-the-car-sirens-squealing reaction I’d hoped for.

So that’s it. The bikes were gone.

Thinking I was never going to hear from them ever again, I moped around work, sweeping the floor with my bottom lip…when I received a call from the local police station.

“Is your bike light blue?”

“Well you better come in quickly before one of us takes it home, it’s gorgeous!”

So that’s how my treasured little bike made its way back home. I couldn’t have been happier because I knew I’d never be able to replace her. Sadly, Jinn’s bike was never found. But a year later and after a suitable period of mourning he’s managed to move on and so we took ourselves and our two-wheeled friends for a wee test drive around the neighbourhood – just like old times. 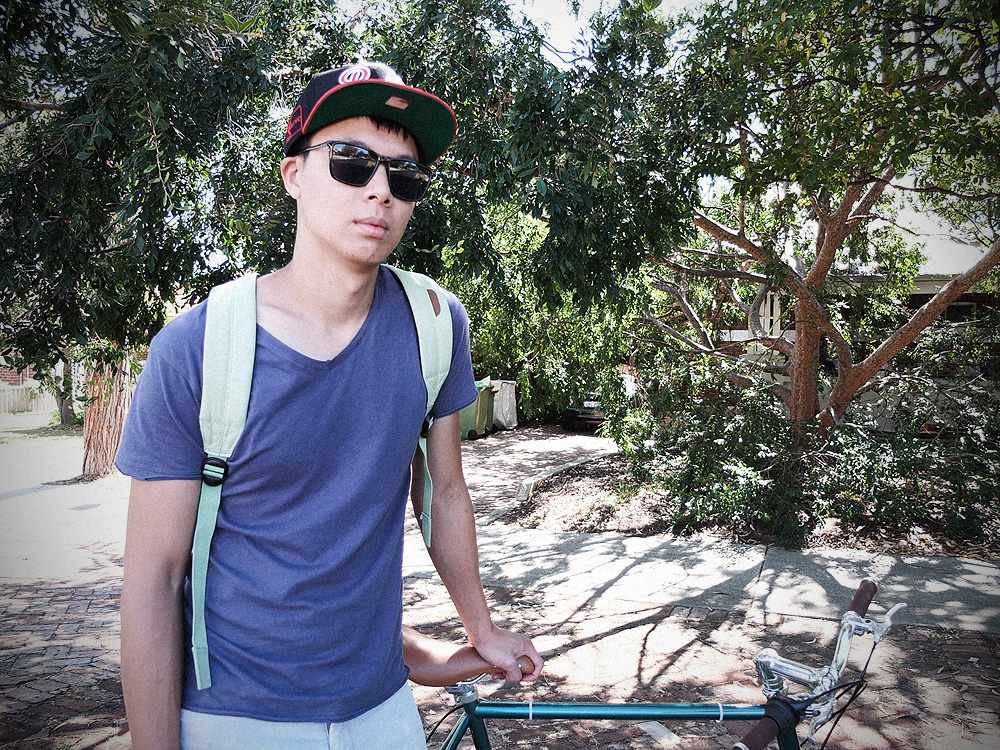 ***Jinn’s brand spankin’ new bike from Jellybean Bikes, mine from Pal and Panther

***What I’m wearing – patchwork chambray sleeveless top by Cameo, floral trousers by Finders Keepers (gotta love these ones also by Cameo), pink leather shoes by The Horse, sunglasses by Madewell

← Bits and bobs + Happy weekend!
Build me up buttercup! →